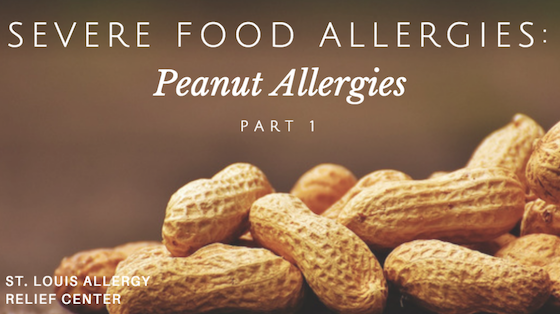 A man went into a bar for a drink.  It was a nice place with music, a bowl of peanuts, and mood lighting.  Then he heard a voice say, “Hey! Nice shirt!”.   He turned and did not see anyone.  Then he heard that voice again say, “Wow!  Nice tie you have on.”  The waitress walked up about then, and he asked her what’s with the voices he’s hearing.  She said, “Oh that is just the peanuts. They are complimentary.”

That’s no joke if you have a severe peanut allergy.  The American Academy of Allergy, Asthma, and Immunology states that from 1997 to 2007 anaphylactic peanut allergies in children increased three-fold.  And then, a follow-up study showed an additional increase of 21% from 2010 to 2017.  Other studies indicate even greater increases.

Any allergy or sensitivity occurs when your immune system mistakenly identifies some harmless protein or substance (or even stimuli) as harmful and thus the body sets off a cascade of protective measures that produce symptoms.  It isn’t clear why some people develop allergies and others don’t.  But even the Mayo Clinic warns that if you have any type of allergy, even hay fever, you are at risk to develop other more severe allergies and sensitivities as you get older.

When I was a child, doctors told parents most children would outgrow their allergies.  Today, the American Academy of Allergy Asthma and Immunology says that only about 20% will fully outgrow them now.  What has happened?

Let’s look at peanut allergies to see if we can make sense of this seeming allergy epidemic.  Here are the three leading theories (the fourth one is mine) about the dramatic increase in allergies and sensitivities to foods in general and peanuts in particular: 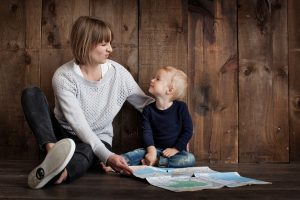 In other words, theories are volleyed back and forth, while the facts don’t change.  We’re seeing unprecedented increases year after year in severe allergies and sensitivities.

What can you do if you or your child has a severe food allergy?  I’ll list the five most important lifestyle changes you should make in my next post.

For every Like and Share of this post, we donate to the Todd Wahl Memorial Fund established in 2003 in memory of our oldest son who made the ultimate sacrifice for our freedom while serving in the United States Air Force.  Sharing is caring.

Where To FIND US